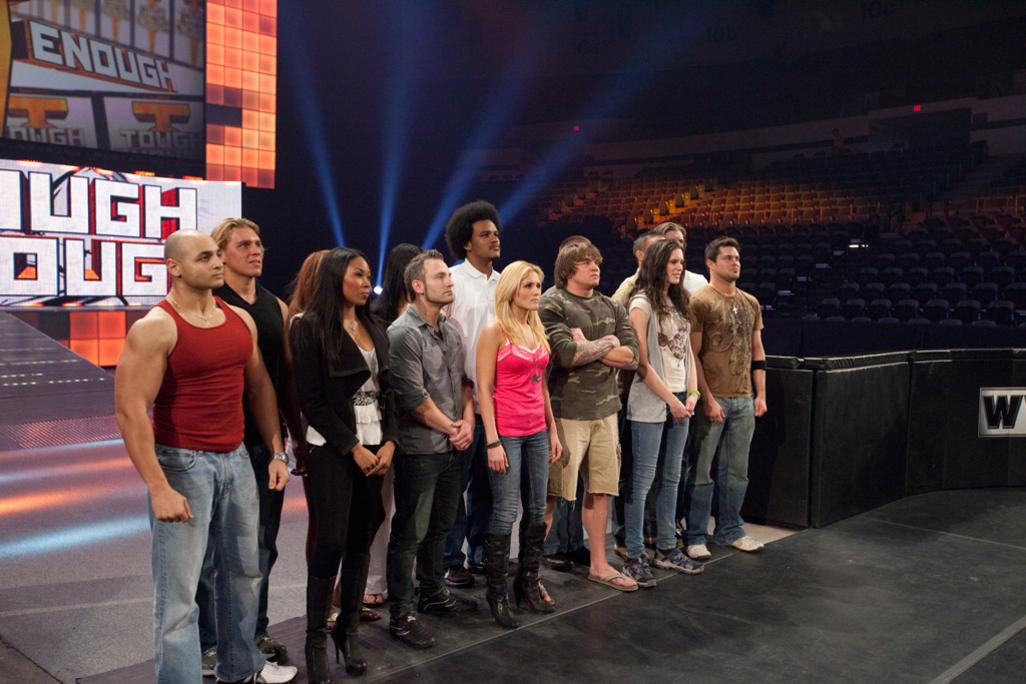 There were two winners per season for the first three seasons, all of which aired on MTV. A fourth competition was held in 2004, with only a single winner, who was integrated into (at the time) UPN’s SmackDown!. In October 2010, it was announced that the USA Network, currently airing WWE Raw, would be reviving Tough Enough. It was aired immediately prior to Raw.The revived series began airing on April 4, 2011, a day after WrestleMania XXVII. The first three seasons were co-produced with MTV, while the revival is a co-production with Shed Media Repeat broadcasts of the revival series are shown on Universal HD and have also aired recently on Oxygen and G4.

Past episodes of Tough Enough have been re-aired on WWE Network since January 2015.