Unchained Reaction is a science and engineering reality game show that airs on the Discovery Channel. 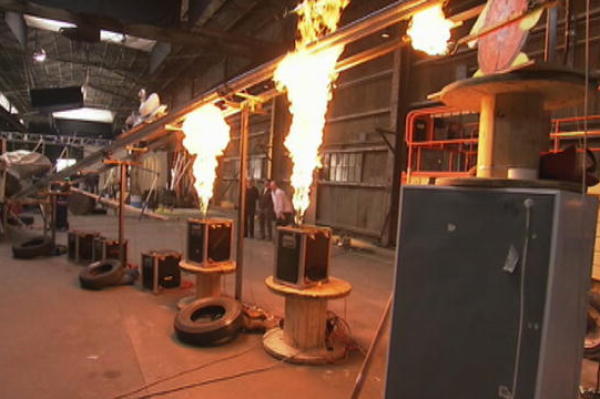 “Mythbusters” duo Jamie Hyneman and Adam Savage serve as judges on this series, a competition between two teams on each episode to build massive chain reaction contraptions. The teams — made up of artists, rocket scientists, engineers and average Joes — are given the same set of tools and materials and have five days to complete a series of mechanisms based on a specific theme such as flight, speed and heavy vs. light. There are few rules regarding the build itself; as long as the next link in the chain is triggered, anything goes, including pyrotechnics and large-scale destruction. A guest judge on each episode assists Hyneman and Savage in picking the winner.