Kid Nation was an American reality television show hosted by Jonathan Karsh that premiered on the CBS network on September 19, 2007. 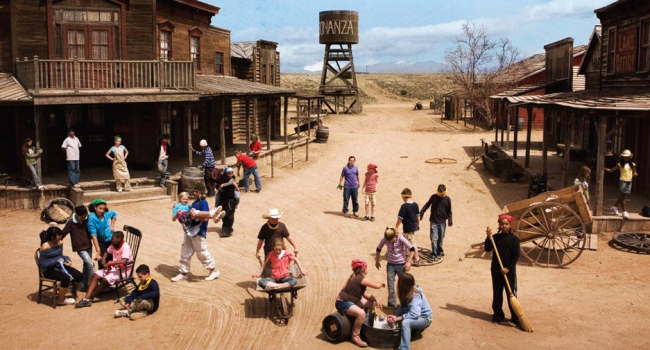 The show, featuring 40 children aged 8 to 15, was filmed on location at the Bonanza Creek Movie Ranch, a privately owned town built on the ruins of Bonanza City, New Mexico, eight miles south of Santa Fe, with production beginning on April 1, 2007.

The show stresses the difficulty in creating a viable society. While each child received $5,000 for their involvement, Gold Stars valued at $20,000 and $50,000 were awarded to select outstanding participants as decided by the elected Town Council.

Speaking before an audience of television reviewers, producer Tom Forman acknowledged that Kid Nation would inevitably share some elements with William Golding’s novel Lord of the Flies, which depicted planewrecked children without adult supervision. But adults were present off-camera during the Kid Nation production, including cameramen, producers, a medic, and a child psychologist, although all interacted with the children as little as possible. Participants also missed a month of school, but Forman suggested that such real-world tasks as preparing a group breakfast, doing physical chores like fetching water, and making group decisions constituted an educational experience in its own right. Foreman said that all participants were cleared by a team of psychologists, any child could choose to go home at any time, and some did.