Destroy Build Destroy was a live action reality series on Cartoon Network. It focused on an unusual type of a game show, where two teams destroy a random object and build vehicles out of them, and then destroy the losers’ creation. The series originally premiered as part of an line of live-action reality series called CN Real, which aired in 2009. 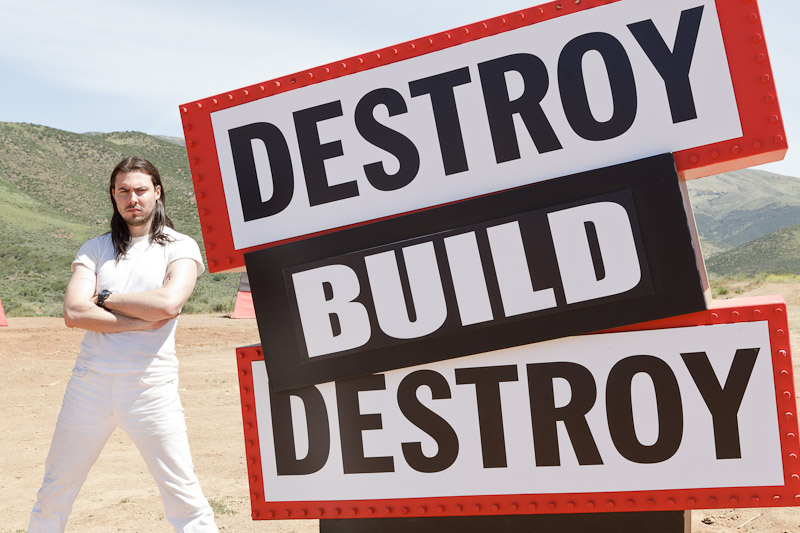 Destroy Build Destroy is a game show hosted by musician Andrew W.K. in which two groups (a “green or blue” team and an “orange or yellow” team, usually grouped by theme such as common interests) of three teenage contestants have to destroy various objects, then built vehicles out of the wreckage. The show featured high powered explosives, rocket launchers, bazookas, and other destructive tools. The winning team got $3,000 ($1,000 dollars each) as a prize, the losers’ creation then got destroyed by the team of the winning vehicle. However, if a tie occurred by the end of the final round, no one won anything, and both vehicles got destroyed.